Bratislava has the courage to adopt a unique architecture

The capital is to soon acquire a new landmark. The Metropolis project, currently taking shape within the new downtown not far from the Bratislava bus station, will attract attention through its originality and use of the state-of-the-art elements. The design of residential modern buildings has been prepared by the leading Czech architectural firm City Work Architects. In creating this unique project, its architects drew on many years of experience and were inspired by contemporary residential projects around the world. We talked to the architect Juraj Sonlajtner about the changing Bratislava downtown and the Metropolis project.

Mr. Sonlajtner, in the Czech Republic you have designed many intriguing buildings. For example, in Prague you were part of an unconventionally shaped apartment building in Kavčí Hory, while in Mladá Boleslav you transformed the city centre with a new university campus, and you were even involved in an architectural competition for the development of the Prague’s district of Ruzyně. Is there a common thread running through your projects?

Most of our projects are in Prague, where I have lived and worked for nearly three decades. If you look at our works, you see that they are prevailingly projects with larger units that create or shape our cities. The focal point of interest in our projects is the urban environment. We endeavour to make them fit in with the urbanism of the locality. At the same time, our aim is that the projects we design are not just some sort of architectural work, but that they become part of the living organism of the city. We perceive architecture primarily as a “service”. Naturally, responsibility is key, as the architect moulds reality and his work touches the lives of a large number of people. Education in fine arts and architecture is a must from the start; when preparing a concept, it plays an essential role. We reach the concept of each of our works through a thorough analysis of the investor’s assignment and the specific site where the project is located, in combination with our own design inventions. If the investor and the city representatives approve the concept, it is followed by the demanding stage of detailed design work. Right from the outset of the study, the creative and artistic side must progress in tandem with the project’s economic, technical and legislative side.

With your colleagues, you are the author behind the newly emerging residential project Metropolis, bringing an atypical element to Bratislava’s cityscape. What inspired you in creating it?

The biggest inspiration came from the energy and courage of the creators of urbanism and local authorities. Thanks to this energy, there is an emerging unique “downtown” within the Chalupkova street zone. If I were based in Bratislava, I would like to live and work here. Prague, unfortunately, presently lacks this vigour and courage. The future look of the zone, the proximity of the Danube and the uniqueness of the solution of the area on the one hand, and the complex context and regulations on the other hand, inspired us to create an architecture that could become an unmistakable landmark in the future Bratislava.

In the vicinity of the new residential project, there already stand buildings designed by architects from various countries. In creating Metropolis, did you work from the premise that your project should simply fit in among them, but at the same time should become a dominant point with its unconventional shape?

At the time of drafting Metropolis, most of the projects in the area had not yet been built’ only a few of them were known. We are building in a zone which, thanks to its size, allows for new urban and architecture themes. Our project is smaller compared to some of its neighbours, and that is its strength. Today, people prefer living in smaller blocks, Metropolis offers them privacy in the city centre. At the same time, I wanted our project to be equivalent in shape and character. An example are the many interesting buildings in the world’s downtowns, which may be smaller in size, but in their expression, sophistication and character, form an essential part of the city. As for the appearance itself, the unconventional shape of the letter “M” was born right in the initial sketches. It inspired the name of the project, as well as the overall essence, in which the project itself excels. That is why, in the end, it was named Metropolis and should associate the words modern or multifunctional.

You are working in an area that is changing in a fundamental way and Metropolis should be a city project. How did you address the creation of a new public space around this project? What have been the reactions of city officials, or the first responses from the public?

The land we are dealing with is relatively small. On it we are creating a city partner, which will undoubtedly back up the future character of Bottova Street; on the south side we wish to create a city park, a semi-private zone. Green spaces in residential projects are important not only in the microclimatic sense, but also in the social and urban sense. Even though they are partly accessible to passers-by, they do not form any main pedestrian routes and therefore residents can spend their free time here in peace. Something similar is known from abroad and it is natural that similar elements come to our cities. In Metropolis, we tried to combine our best experience in conjunction with inspirations from abroad. As a result, we have so far received very positive responses from experts and architects working in the key institutions required to comment on our project.

What were the biggest challenges for you personally as an architect within this project?

The biggest challenges were to be able to create a quality solitary structure not situated in a built area between two buildings, while also satisfying all regulations that the city had prepared for us. From the beginning, it seemed almost impossible. Dealing with the complex process of gaining permission for the structure and subsequent building permit, or arranging relationships with other developers in the zone, were equally a large challenge. A key element of the project’s success has been the professional approach of the investor, who gave us 100% confidence.

According to the design, the project will use tones of warm colours and natural materials. What exactly should ordinary users, lay people, imagine by this?

We wanted to avoid the cold administrative nature that city housing projects sometimes have. The colour scheme and texture of the building is inspired by natural materials and natural colours.

What specific type of materials have you used for the exterior and what for the interior? Can future homeowners expect above-standard housing?

Of course, particular materials and details are essential; it should be borne in mind that in the end, most clients choose the standard and equipment according to their own preferences. Nevertheless, what is very important for new projects is the overall impression and atmosphere of the premises within the building, and its immediate surroundings. The feeling that stays with you after visiting a place or a house. This feeling guides decisions on what materials and technology to use. In these regards, Metropolis is definitely an outstanding project. The apartments will, for example, have ceiling cooling and heating, something which none of the surrounding projects currently offers; the project likewise envisages the highest standard of recuperation, thus ensuring great comfort for future owners.

In Metropolis, you designed a total of nearly 300 apartments or suites, which one though do you personally consider the most attractive, for example due to its layout or view?

Of course, the most attractive apartments will be those with a view of Bratislava, the river and the castle. This is what comes to mind right away. But, I must say, that if I lived in Bratislava and this zone had already been completed, I would not mind living in an apartment above a café with a view of everyday life on the street. I experienced this sort of living in New York or Madrid, for example, and I personally find it to be closer to my heart than complete isolation from city life.

In the new project you have incorporated a large quantity of greenery. What will we find in the project and what part will be accessible to future owners?

We have devoted a great deal of attention to the garden. Our inspiration came from London city parks, which are in the immediate vicinity of apartment buildings. People like sitting there for a picnic or hosting a child’s birthday party. I would like people to live in our project and it not just be to have a place to reside. To some extent, I want them to enjoy the daily hustle and bustle of the city, but at the same time to have their own private zone where they feel comfortable. On the ground floor of Metropolis, its inhabitants will have available services or various business establishments, so everything important will be close and handy.

Juraj Sonlajtner (46) was born in Nitra. He graduated from the Faculty of Architecture of the Czech Technical University in Prague and continued his studies at the Academy of Fine Arts in Prague. From 2000 to 2009 he was a partner in the ADNS Studio, in 2009 he founded the City Work Architects office. He is a co-author of a number of buildings, such as the Baťa Institute in Zlín; the Na Karmeli Education Centre in Mladá Boleslav; the Prague Marina Residential Project, Prague Holešovice; the Rezidence Kavčí Hory in Prague. Many of his projects, such as Housing for the Elderly in Opava, the Baťa Institute in Zlín, and the Strahov Development Area, have won architecture competitions. More information about the work of Juraj Sonlajtner can be found at www.citywork.cz. 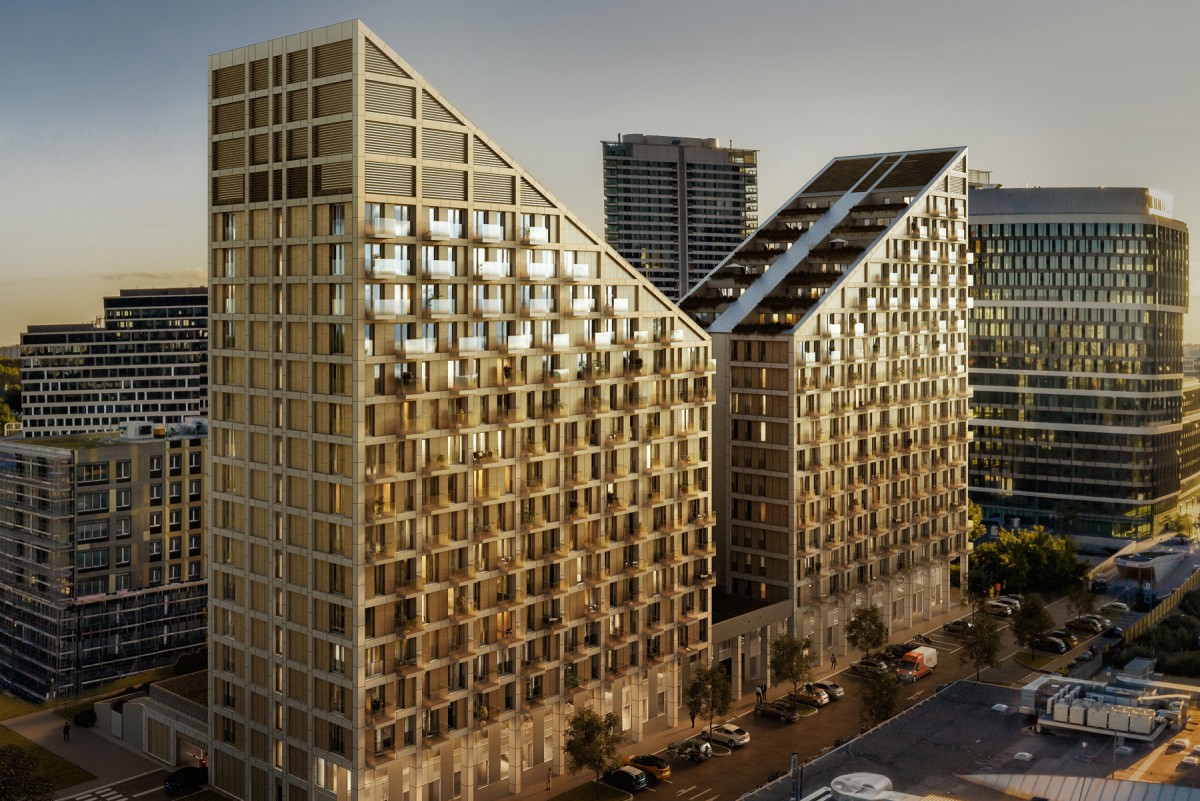 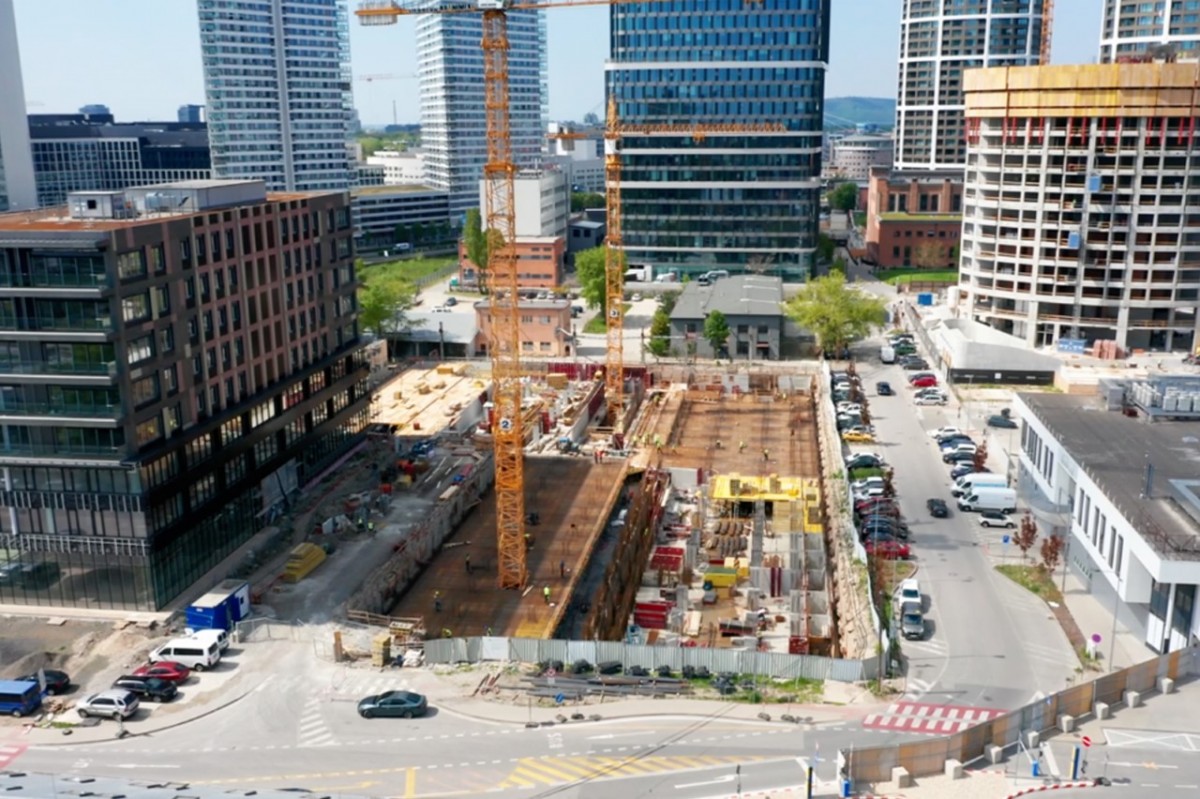 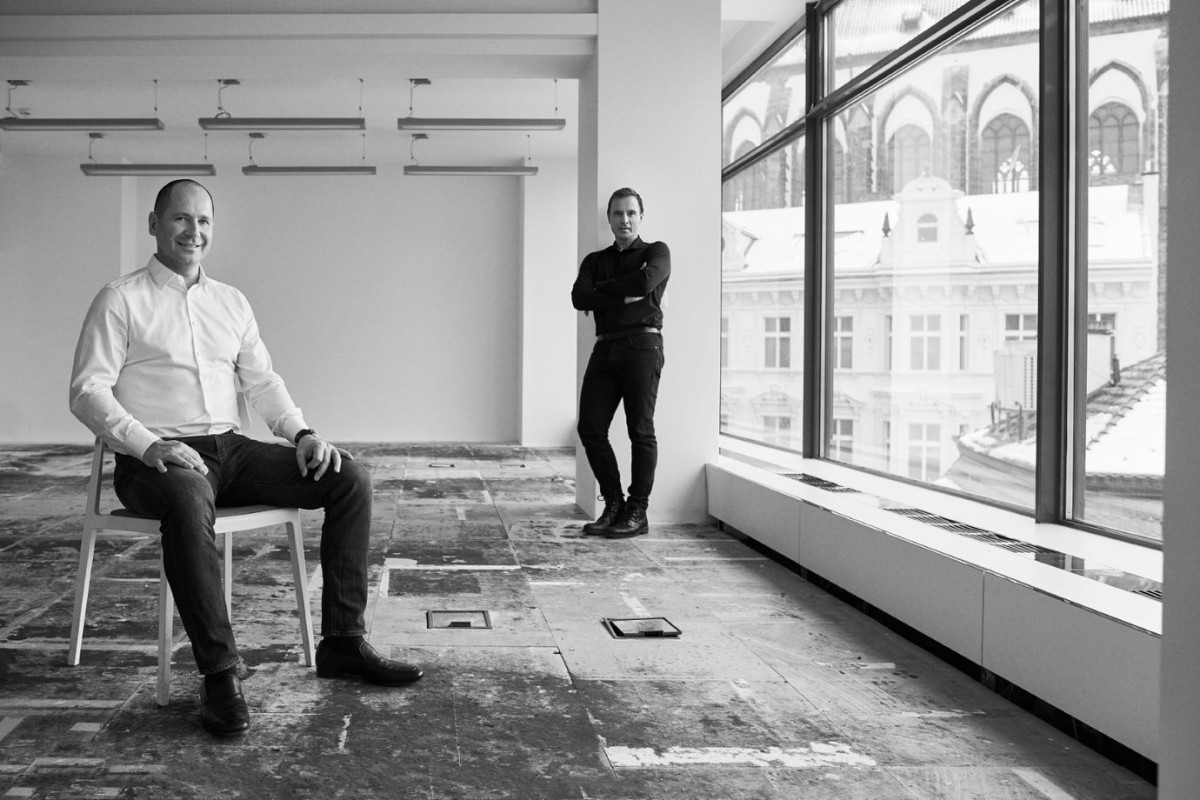 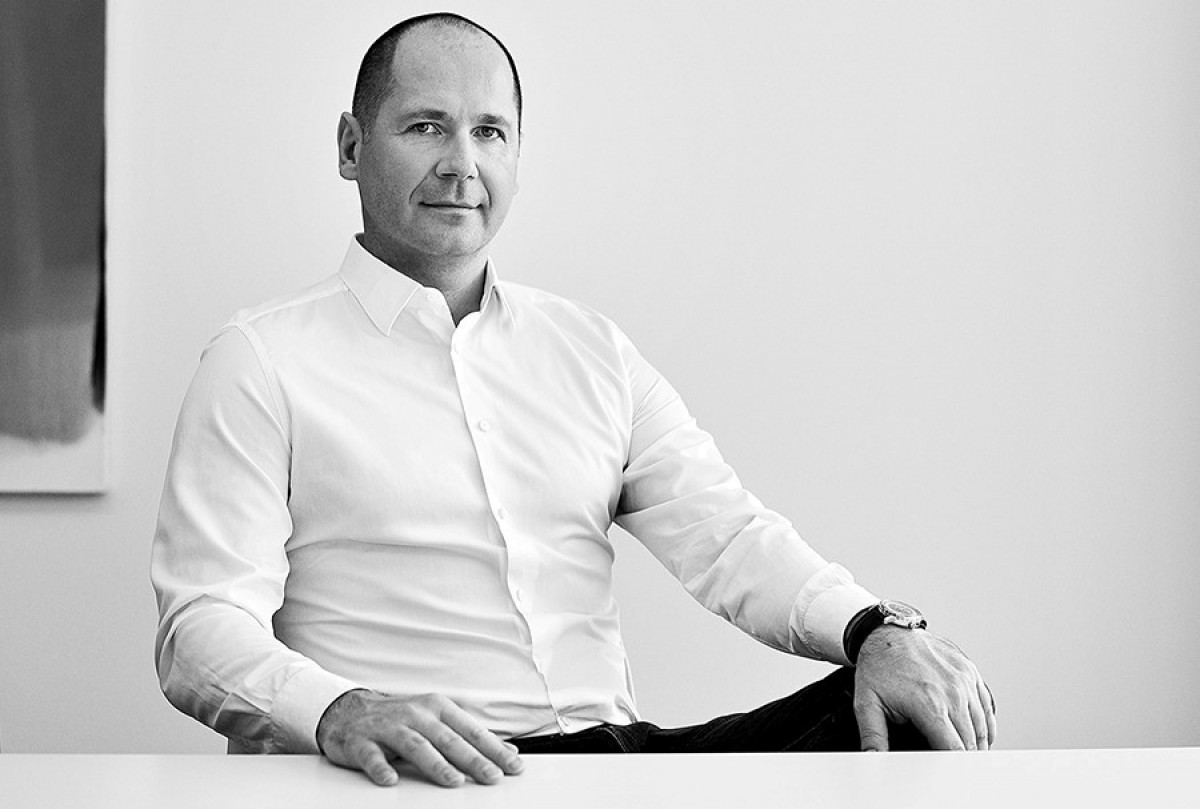 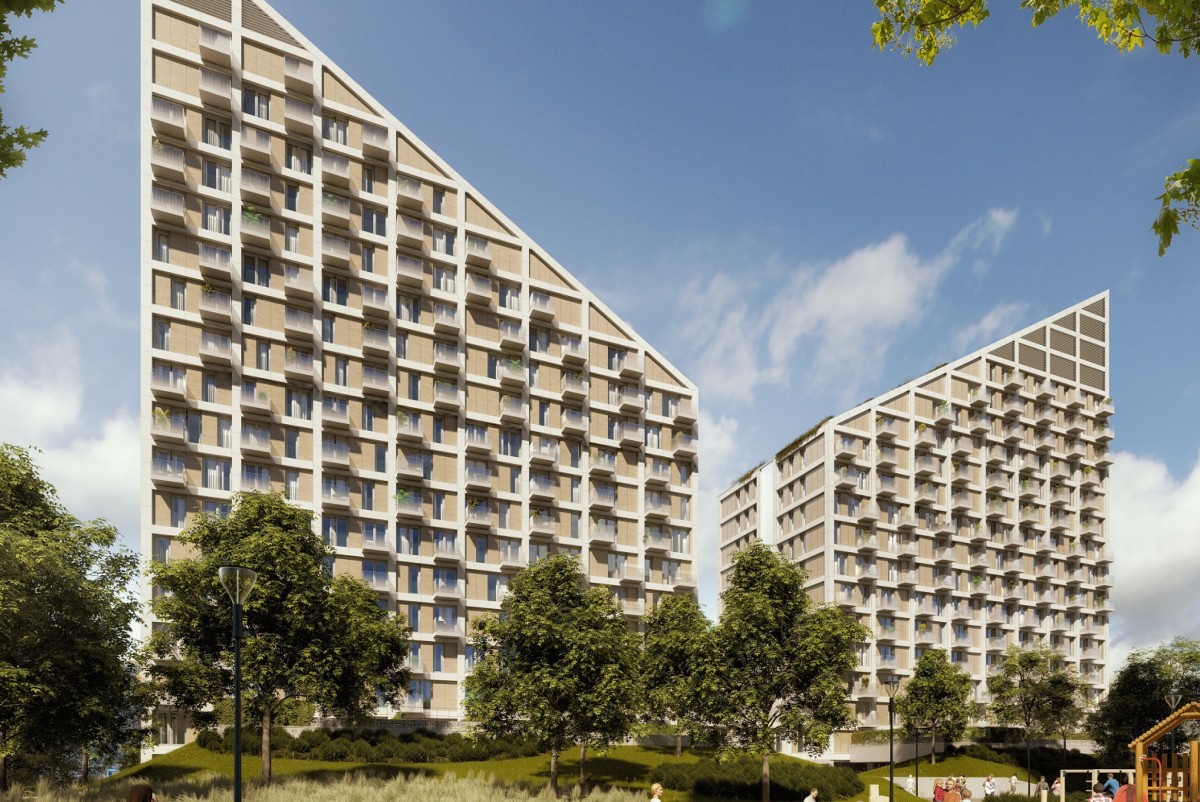 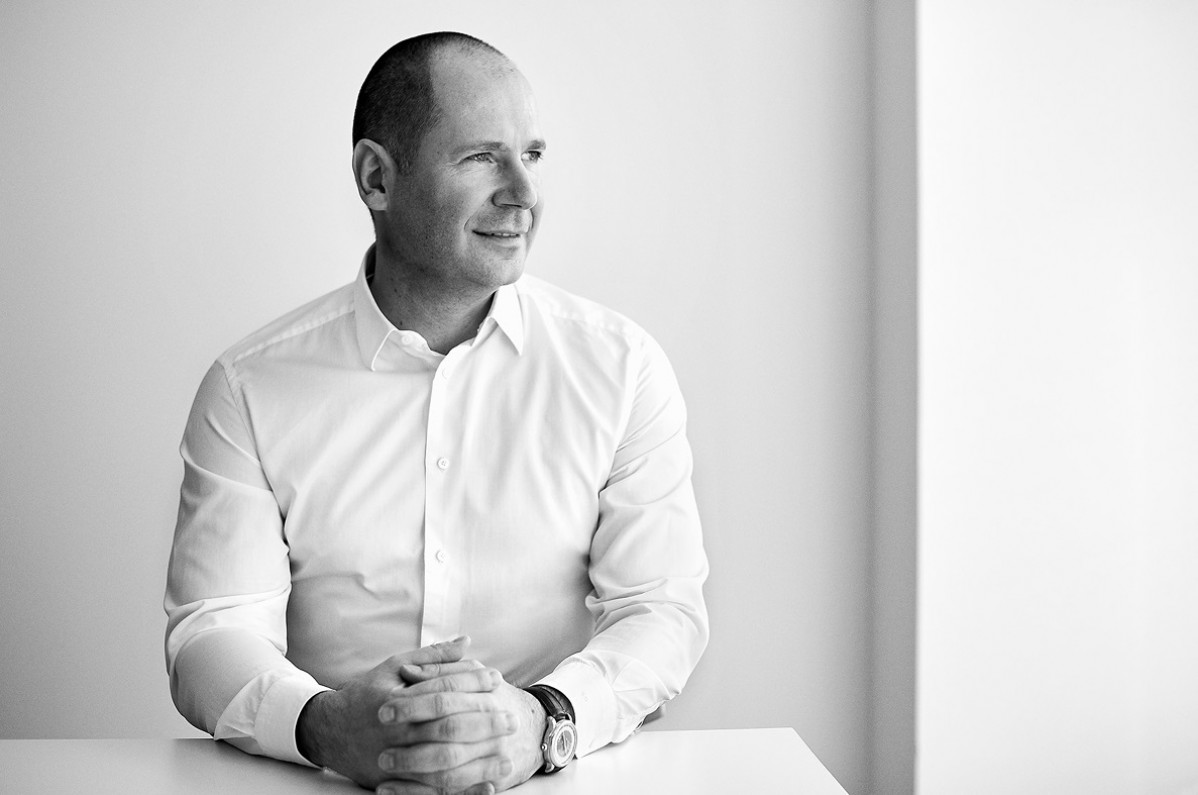 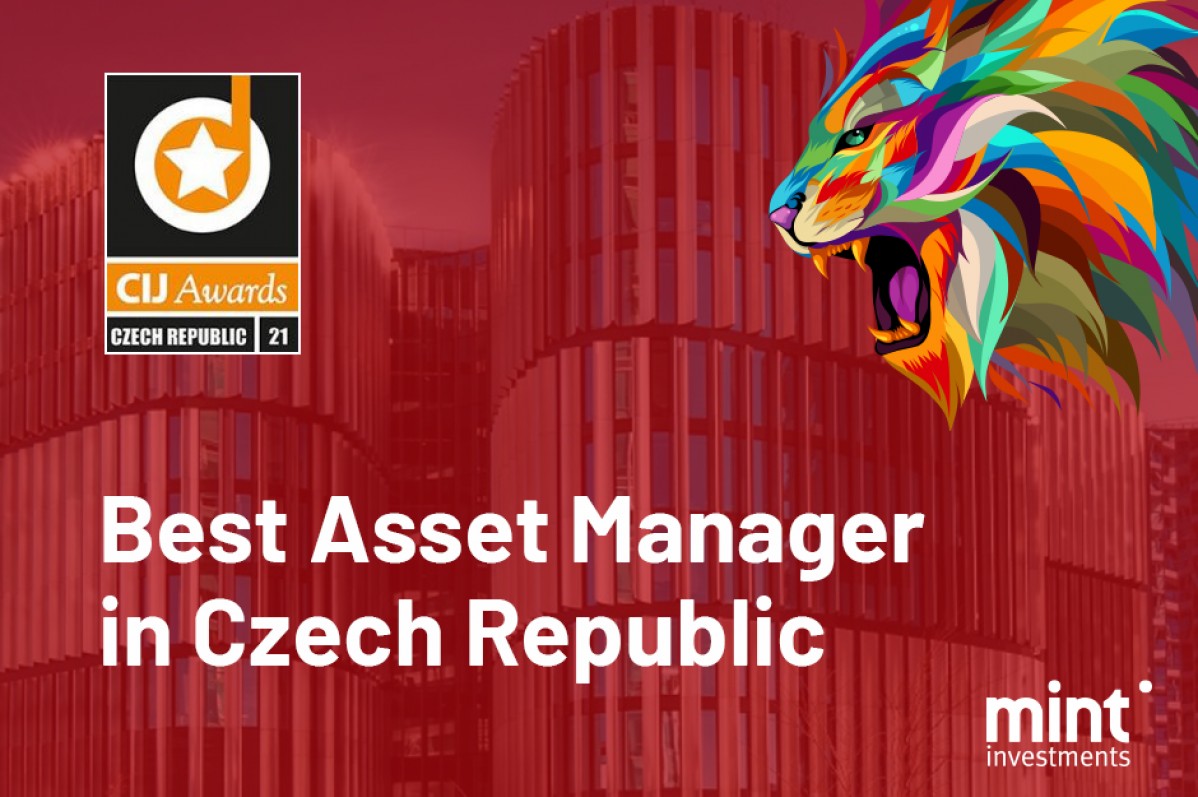 Developer of the Metropolis residential project in Bratislava, Mint Investments, wins the CIJ Awards 2021
Back to homepage